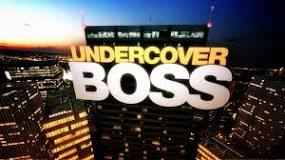 The Australian version of Undercover Boss lasted just one season; however, the U.K., U.S. and Canadian versions are seemingly having a strong run. For those who haven’t seen the show, it is a reality-type series where “each episode features a high-positioned executive or the owner of a corporation going undercover as an entry-level employee in their own company. The executive changes appearance and assumes an alias and fictional back-story. The fictitious explanation for the accompanying camera crew is that the executive is being filmed as part of a documentary about entry-level workers in a particular industry. They spend approximately one week undercover, working in various areas of the company's operations, with a different job and in most cases a different location each day.”[1]

During the show the producers regularly cut to an interview with the CEO away from the staff, where the CEO expresses how hard some job is, how they haven’t worked this hard in a long time or how they are surprised that processes are not working as expected. At the end of the show, the workers are summonsed to the head office, where the executive enters the room out of disguise, comes clean and introduces themselves to the people they have worked with. The executive discusses in a genuine manner what great people these workers are and gives away some rewards as recognition for their efforts in the business.

Initially, I found it difficult to accept the basic premise of the show. How could such a situation exist, and how come people do not recognize the bosses, considering the really bad wigs they are wearing? The disguises are so fake. 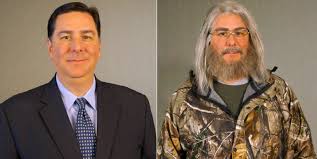 I wondered, How real is this when there are so many cameras around; surely the ruse had to get out—but apparently not. Clearly, the behaviour we see is not what normally happens without cameras in these businesses. I think it is the Heisenberg uncertainty principle which states that a condition is changed purely by the fact that it is being observed. Clearly, this would be at play in these situations? 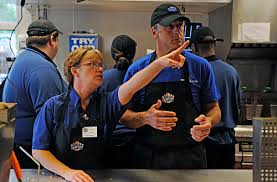 But then I got thinking, are there any points in this show that we could learn from? If you think about it, there are some real gems. Consider the following lessons from the series:

·      Shows that not enough executives shop their business.
My experience in owning my own business and in consulting for both public and private companies shows that there are many situations where the senior executives do not have a feel for what really happens in the business or do not understand the exact experience their customers face.

·      Clearly demonstrates communication channels that don’t work.
Often, the series will show situations where the head office would distribute or mandate, for example, marketing material or new recipes, only for the owner to find out that the use of these materials is not as expected. This problem highlights the criticality of communications within the business: to keep everyone on the same page.

·      Reminds staff that there are executives out there who care about their people.
Some of the final sections of the show are a touch corny, but there are also many touching moments. Many of the owners on the show are genuine in their feelings towards their staff, and it reminds us that not all bosses or owners are coldhearted towards their employees. There are owners in business that sincerely care for their staff.

·      Reminds executives how important staff are to a company.
Likewise, the show also reminds everyone that companies are made up of people, who are critical to the success of the operation and shouldn’t be taken for granted. For the owners, the show highlights a new level of appreciation for how hard some of the jobs are that people have to perform every day. Owners are often reminded of how dedicated many staff members are.

·      Reminds everyone the employees are real people, each battling difficulties.
Many of the employees in each episode have some major challenge they have been facing throughout their lives. For some, it is a relative with a major illness like cancer; for others, they might have been brought up in a broken home; and for the rest, it might be a wayward past, and they are seeking redemption. The show reminds us that everyone has stuff to deal with on a daily basis and that support in those areas can be a huge motivator.

·      Reminds us of the power of well-targeted rewards.
While the rewards at the end of the show couldn’t be provided to all of the staff in the organisation, the personal impact these rewards have on the individuals involved is clearly demonstrated by the seemingly genuine emotions portrayed. (It would be difficult for the show to get the high level of emotion shown from normal everyday people who are not actors.) The emotional impact of these rewards should be a reminder to everyone of how important it is to recognise the effort the staff puts in.

·      Reminds us that personal rewards make a bigger impact.
Rather than simple pay raises, personal rewards are most effective. While some employees on the show are clearly underpaid for the value they bring to the company, and they are grateful for the raise, it is the rewards focused on family that make the biggest impact.

[1] Source: https://en.wikipedia.org/wiki/Undercover_Boss_(U.S._TV_series)
Posted by Unknown at 11:19 No comments: